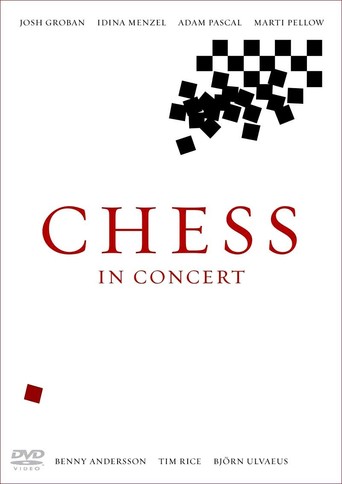 Chess in Concert received its TV premiere in June 2009 and was subsequently shown in mainstream cinemas throughout the UK. Chess is a musical with music by Benny Andersson and Björn Ulvaeus, formerly of ABBA, and with lyrics by Tim Rice. The story involves a romantic triangle between two top players, an American and a Russian, in a world chess championship, and a woman who manages one and falls in love with the other; all in the context of a Cold War struggle between the United States and the Soviet Union, during which both countries wanted to win international chess tournaments for propaganda purposes. Although the protagonists were not intended to represent any specific individuals, the character of the American was loosely based on chess grandmaster Bobby Fischer, while elements of the story may have been inspired by the chess careers of Russian grandmasters Viktor Korchnoi and Anatoly Karpov.